If the Earth Were Only a Few Feet in Diameter

My Yoga educator read this out at the end of class, its flawless ... 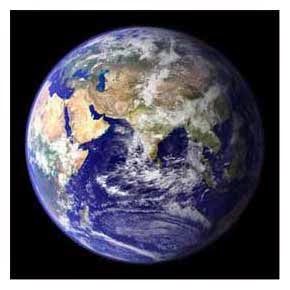 Individuals would wonder about all the animals strolling around the surface of the ball, and at the animals in the water, and at the green vegetation developing on the surface. The individuals would proclaim it as hallowed, in light of the fact that it was the one and only, and they would secure it so it would not be harmed. The ball would be the best ponder known, and individuals would come to implore it, to be mended, to increase its learning, to know its incredible excellence, and to shield it with their lives on the grounds that they would by one means or another realize that their lives, their roundness, could be nothing without it. On the off chance that the Earth were just a couple of feet in width."

by Joe Miller from his book entitled if the 'earth...were a couple of feet in width'.
Posted by Donna William at 00:42 No comments:


Magic is the art of producing a desired effect or result through the use of incantation, ceremony, ritual, the casting of spells or various other techniques that presumably assure human control of supernatural agencies or the forces of nature.

Magic has been practiced in many cultures, and utilizes ways of understanding, experiencing and influencing the world somewhat akin to those offered by religion, though it is sometimes regarded as more focused on achieving results than religious worship. Magic is often viewed with suspicion by the wider community, and is commonly practiced in isolation and secrecy.

Modern Western magicians generally state magic's primary purpose to be personal spiritual growth. Modern perspectives on the theory of magic broadly follow two major views. The first sees magic as a result of a universal sympathy within the universe, where if something is done here a result happens somewhere else. The other view sees magic as collaboration with spirits who cause the effect.
Posted by Donna William at 02:42 No comments:

Moo-Magic is an Online Magic Store, created for you to teach you professional magic tricks. You can learn how to do magic tricks by downloading your magic trick tutorial. It does not matter if you want to learn a few party effects or if you work on your own stage-show. Revealed Magic Tricks for everybody!
Posted by Donna William at 05:12 No comments:

Faitrade fortnight is with us. So while you are shuffling down the aisles of your local supermarket or whizing round your corner shop spare a thought for the producers in the the developing world and buy fairtrade! Faritrade Coffee, Tea, Chocolate, Flowers, Honey, Cereals, Bananas, Sugar, Dried fruit, Wine, Beer, Cosmetics and even Footoballs. In fact there are 1,300 Fairtrade certified products in the UK for you to choose from.

Then when you have tried out as many fairtrade goodies as you can in two weeks buy them all year round! Its one way you can really make the difference in the developing world. It will cost you a little more, BUT the difference it will make will be amazing and don't forget you get the feel good factor thrown in for free!

Here are some more suggestions from the Fairtrade Foundation & Oxfam.

Posted by Donna William at 22:31 No comments: